It was RH's birthday on the 22nd of October. And because he's such a dear, he said he wanted to go to the San Diego Zoo (which is what I wanted to do for my birthday but we couldn't afford it).

I did quite a bit of sketching. Not enough photo-taking, I think. Last time we went to the zoo, I took about 800 pictures of the polar bear playing with some tree branches.

Below are some sketches from my handy-dandy sketchbook. I'm not very good at cats but I certainly did try. 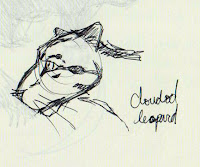 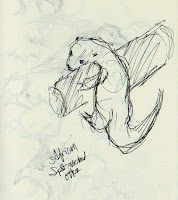 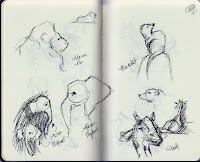 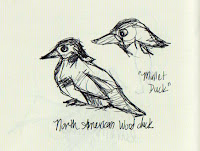 Anyhoo... happy November, all! I read somewhere that November is Blog Month or something and some people are trying to write a blog a day for the entire month of November. Guess who's going to try and keep up with that challenge?
Posted by Rose at 4:31 PM