Adventures with Rod: A Break in LA 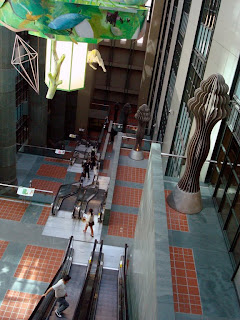 Rod and I decided to take a break from our constant job search and need to try and figure out if we can make something out of our art... We went to LA! There is an epic library in Los Angeles. Its the central location. IT WAS HUGE! I almost wept. I went straight for the crafts section and found a wonderful book on beading with filigree. Also took a look at some ethnic jewelry books. No LA library card but it was fun to look! 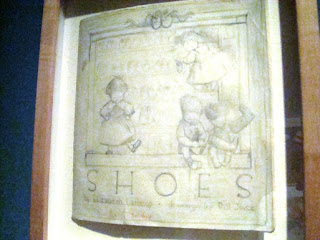 William Joyce had a little gallery space in the library. He created "Rollie Pollie Ollie." A peak into his work process- he draws out an entire book in a sketchbook... page by page, making a mini-book. I think I should try that! 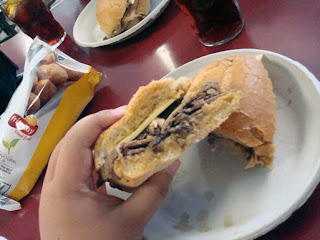 Hunger struck and we hit Phillipe's, home of the French Dip sandwich. I had a beef with swiss and Rod had a pork with bleu cheese. YUM! 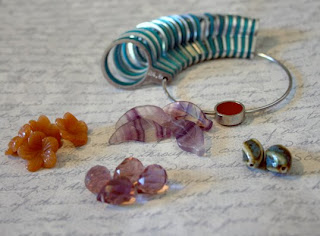 After lunch, Rod was awesome enough to drive me all the way to Pasadena to show me a bead store he knew of from when he used to live there. I was expecting a regular bead store with maybe a few hidden treasures. What he took me to was an awesome resource for TOOLS! I bough a sizer and wished I had an income so I could've bought a draw plate... some of the copper sheets... mandrels... I like touching things before buying them. Don't get me wrong, I love shopping online as well but if I can find something in a store, so much better. The shop was called Farrin O'Connor Design Studio.

We also hit the Bodhi Tree Bookstore in West Hollywood. I picked up a little book on Buddhism and awareness. Rod found a cool book on Sufism and a great CD. That store had some great smelling incense but I don't think my cousin would like the smell (it used to tick my mom off something good... but that's ok, cuz it was my mom :P) 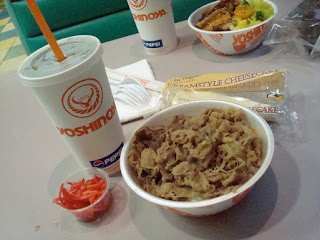 We had a LATE (almost 9pm!) dinner at Yoshinoya! I missed it so much. There isn't one in my area. I thought maybe Rod wouldn't go for it because, let's face it, that rice bowl doesn't look too appetizing, but I just HAD to have it. Rod said he liked it! YAY! I had a beef bowl combo meal. In that drink cup is a combination of HI-C fruit punch and coke. Totally yummy. You must try it! BTW, when did they add a SIDE to the meal? I don't remember that!

A wonderful day. And today, I found some pretty buttons that were discounted because they were missing buttons in their packages! I don't need a lot. Just a few to play with. What a good two days! :)

Hope the weekend is just as good! Jewelry post tomorrow, hopefully... if I can get it done! HA!
Posted by Rose at 7:53 PM