I think my cousin's family is slowly building a zoo. 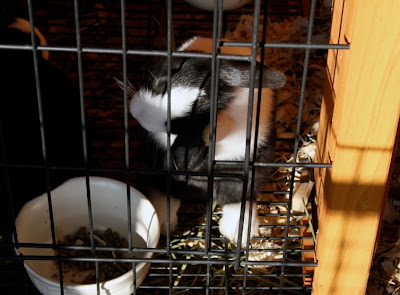 We have three bunny rabbits. Two black and white ones like the one above and an all black one. The one above is cleaning itself like a cat! I didn't know they did that! The same one likes to lick your fingers when you go to pet it. They're adorable. There's one for each kid. The oldest, Luke, named his black bunny Shadow. The youngest, David (who I think is 3), named his black and white one Iron Man. Lily, the middle child, hasn't named hers but she wants to name it after a goddess of love. RH says there's a goddess named Easter and I thought, "So, the rabbit would be Easter Bunny?" 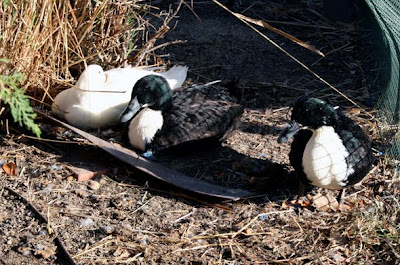 I want a bunny. But I want an angora rabbit. So I can spin spin yarn (I know. I'm so full of ideas). I've been reading a lot of memoirs and one I read mentioned keeping rabbits for their wool. And they're tame and sweet and can be litter box trained. 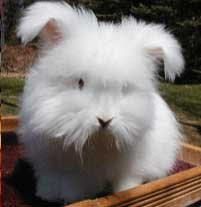 How can you not fall in love with a creature that looks like this? I think I would name it Wocket (I know that you can't really name something until you know they're personality but still...) because it looks like something out of a Seuss book!
Posted by Rose at 6:00 AM