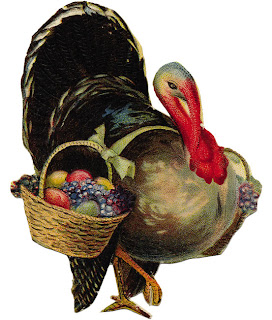 Here are some fun turkey facts I compiled from a quick Google search:
Hope everyone has a FANTASTIC Thanksgiving! Eat tons and enjoy your day!
Posted by Rose at 7:15 AM